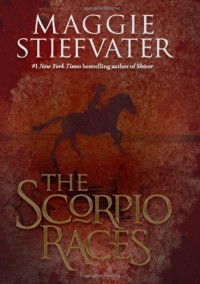 I have defeated your name Stiefvater

It’s no secret that I was a pretty big fan of THE RAVEN BOYS and since THE DREAMS THIEVES doesn’t come out in basically forever I picked up another Stiefvater book—the one not about werewolves.

It’s a stand-alone book! Gasp, I know. I always think it’d be so nice to have one of these rare jewels every once in a while—until suddenly I read one and then all is wailing and sadness because WHY IS THERE NO MORE.

So, anyway, back to the book: Sean and Puck are the main characters, dual POVs and all that good stuff. I cannot tell you how much I loved them. Oh God, Sean and Puck. Feels. So many feels. They’re so great and multi-faceted and so nicely developed! Maggie Stiefvater knows her craft. These two, on their own, would have gotten this book a recommendation. I loved them and their interactions and the times when they were together and the times when they weren’t, which was quite a bit. But all the other characters are so vivid as well—slowly built and branded in your mind like you’ve known them all your life, too.

The world was just, I don’t know, splendid. THE SCORPIO RACES tells us about the capaill uisce, which are these flesh eating water horses that come to land around November in Thisby (the island). And people capture and race them because, well, what else would you do with flesh-eating water horses, right?

Let me tell you something, I don’t much care about horses. Like, I think they’re nice, but I’ve never ridden one, and I’ve never really felt a connection to them like I do with, say, panthers i want one please. But boy did I cry for these water horses. They’re just so majestic and wonderfully described and now I don’t know if I like horses or just the idea of horses Maggie painted in my head. Either way, the horses work. The capaill uisce and Thisby are things I now want. They just built so much atmosphere, gave the whole book this feel. Like coming home and November cakes.

I feel like I’m rambling, but I hope it comes across that I actually really, really liked this book. It was one of those that you crave without knowing and leave you uncertain how the next book you read will possibly match up. Can this be a trilogy now?
Tweet
223 BOOKS